Caring for the Poor 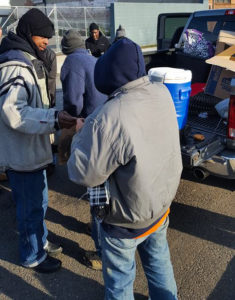 In both the Old and New Testaments, we see God’s desire for His children to show compassion to the poor and needy. Jesus said that the poor would always be with us (Matthew 26:11; Mark 14:7). He also said that those who show mercy to the poor, the sick, and the needy are in effect ministering to Him personally (Matthew 25:35–40) and will be rewarded accordingly.

There is no doubt that poverty’s reach is both widespread and devastating today.

God’s people cannot be indifferent toward those in need, because His expectations for us in regard to taking care of His poor are woven throughout the entirety of Scripture. For example, look at the Lord’s words about the goodness of King Josiah in Jeremiah 22:16: “He defended the cause of the poor and needy, and so all went well. Is that not what it means to know me, declares the LORD?” And Moses instructed his people how to treat the poor and needy: “Give generously to [them] and do so without a grudging heart; then because of this the LORD your God will bless you in all your work and in everything you put your hand to” (Deuteronomy 15:10).This sentiment is perfectly captured in Proverbs 14:31: “Whoever is kind to the needy honors God.” 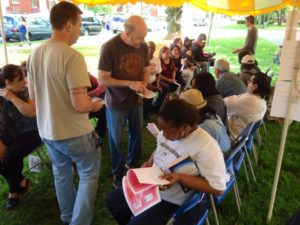 Conversely, there is another part to this verse: “He who oppresses the poor shows contempt for their Maker.” Proverbs is, in fact, filled with Scripture clearly showing that God loves the poor and is offended when His children neglect them (Proverbs 11:4; 17:5; 19:17; 22:2, 9, 16, 22–23; 28:8; 29:7; 31:8–9). The consequences for ignoring the plight of the poor are also made clear in Proverbs: “If a man shuts his ears to the cry of the poor, he too will cry out and not be answered” (Proverbs 21:13). And note the strong language in Proverbs 28:27: “He who closes his eyes to [the poor] receives many curses.” Among the many sins of Sodom described in Genesis 19, her people were “arrogant, overfed and unconcerned; they did not help the poor and needy” (Ezekiel 16:49).

The New Testament is equally clear as to how we are to take care of the poor. One verse that nicely summarizes our expected charity is found in the first Epistle of John: “If anyone has material possessions and sees his brother in need but has no pity on him, how can the love of God be in him? Dear children, let us not love with words or tongue but with action and in truth” (1 John 3:17–18). Equally important is Matthew 25:31–46. Now, this judgment precedes Christ’s millennial reign and is often referred to as the “judgment of nations,” in which those assembled before Christ will be divided into two groups—the sheep on His right side and the goats on His left. Those on the left will be sent to the “eternal fire prepared for the devil and his angels” (v. 41), whereas those on the right will receive their eternal inheritance (v.34). Noteworthy, however, is the language Christ uses in addressing these separated groups. The sheep are basically commended for taking care of the poor, the sick, the imprisoned, and the vulnerable. The goats, on the other hand, are chastised for their lack of concern and action toward them. When the righteous ask Him when they did these things, Christ responds by saying, “Whatever you did for one of the least of these brothers of mine, you did for me.”

Now, we are not to misconstrue this as meaning the good works of the sheep factored into their gaining salvation; rather, these good works were the “fruit” or evidence of their having been saved by grace (Ephesians 2:8–10), further evidencing that a commitment to Christ will indeed be accompanied by undeniable evidence of a transformed life. Remember, we were created to do good works, which God prepared in advance for us to do, and the “good works” Christ speaks of in Matthew 25 included taking care of the poor and suffering. 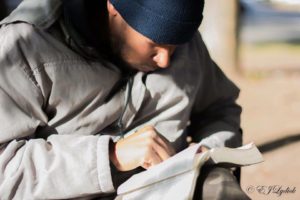 Jesus commanded us to love one another (John 13:34–35). And what better way to demonstrate the love and kindness and compassion of Jesus Christ than by reaching out to the “least of these” among us?